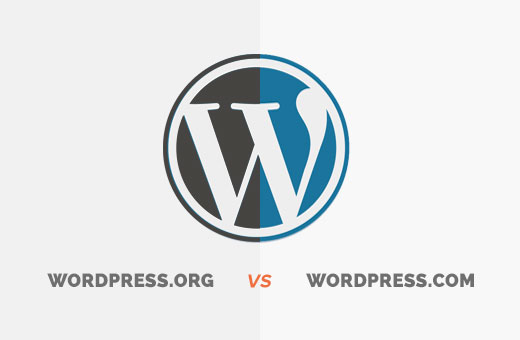 During a recent marketing campaign, we recieved a number of queries from WordPress.com users who are having billing difficulties. Since this appears to be a problem for a lot of people, we thought we would see if we could help direct you in the right direction!

Did you know that there are two “versions” of WordPress? WordPress was originally launched in May 2003 by two gentleman, Matt Mullenweg and Mike Little as an Open Source project. Over the years, Matt went on to create a company called Automattic, which powers a commercial version of WordPress – called WordPress.com. When I say commercial, I mean that they sell and support complete hosted WordPress sites (among a lot of other amazing services). As such, Automattic charge for their services and if you have an issue with a WordPress.com site – you need to get in touch with their support (who are fantastic by the way).

So, how do I resolve my billing issues?

If your site is hosted on WordPress.com, you can contact Automattic: https://wpchrg.wordpress.com/

Can you help with my billing issues?

If your site is hosted on WordPress.com; No, I’m afraid not. However if your site is self-hosted, we may be able to help – drop us a line and we’ll see what we can do for you.

Have a query? Fill out the form below and we’ll get back to you as soon as possible.

A good product benefits everyone. We conform to industry standards.

Always striving to provide our clients with the most up-to-date solutions.

We live outside the box, looking at your problems from a different angle.

We use cookies on our website to give you the most relevant experience by remembering your preferences and repeat visits. By clicking “Accept All”, you consent to the use of ALL the cookies. However, you may visit "Cookie Settings" to provide a controlled consent.
Cookie SettingsAccept All
Manage consent

This website uses cookies to improve your experience while you navigate through the website. Out of these, the cookies that are categorized as necessary are stored on your browser as they are essential for the working of basic functionalities of the website. We also use third-party cookies that help us analyze and understand how you use this website. These cookies will be stored in your browser only with your consent. You also have the option to opt-out of these cookies. But opting out of some of these cookies may affect your browsing experience.
Necessary Always Enabled
Necessary cookies are absolutely essential for the website to function properly. These cookies ensure basic functionalities and security features of the website, anonymously.
Functional
Functional cookies help to perform certain functionalities like sharing the content of the website on social media platforms, collect feedbacks, and other third-party features.
Performance
Performance cookies are used to understand and analyze the key performance indexes of the website which helps in delivering a better user experience for the visitors.
Analytics
Analytical cookies are used to understand how visitors interact with the website. These cookies help provide information on metrics the number of visitors, bounce rate, traffic source, etc.
Advertisement
Advertisement cookies are used to provide visitors with relevant ads and marketing campaigns. These cookies track visitors across websites and collect information to provide customized ads.
Others
Other uncategorized cookies are those that are being analyzed and have not been classified into a category as yet.
SAVE & ACCEPT
Powered by